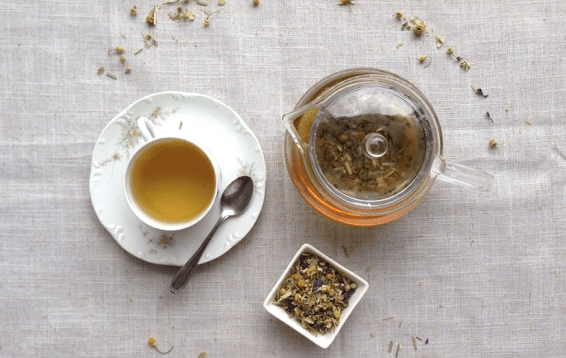 After water, tea is the most widely consumed drink in the world and has been for centuries. It comes in six different forms: white, yellow, black tea, pu-erh, oolong and green. It is also common for herbal to be hedged under this same classification. Herbal tea however, is accurately referred to as a tisane, which means it is a blend of dried herbs, not technically associated with true tea. These herbal blends can include the flowers, fruits, leaves and roots of many different plants from around the world. Tisanes can also have therapeutic value if blended correctly. This can include immune support, promotion of relaxation, improved digestion, hormone balance and so on. True tea differs in its purity and origin, which dates back to its discovery in ancient China during the Han Dynasty.

The popularity of tea in Australia is growing at a phenomenal rate, and may one day edge threaten coffee’s dominance. The modern tea drinker is more discerning, seeking out leaf quality, ethical tea production, biologically responsible farming practices and packaging more than ever before. Subsequently, the standard of tea in Australia is rising. The once humble tee-totaller or weekend tea sommelier can now expect more from their cup as organisations, educators and blenders are rising to meet this need.

In the past 200 years many Australians have predominantly indulged in the monarchial ritual of black tea drinking. Traditional Chinese medicine actually tells us that a brew of black or green tea has a cooling effect on the body by removing heat and nourishing the yin aspect. However, following the trends of America and some Asian countries, more and more Aussies are embracing iced tea as their summer beverage of choice.

Iced tea can be made from both tisanes or true teas. One way to make iced tea is by brewing a concentrate of your loose leaf tea and then allowing it to cool in the fridge for at least 3 hours with the tea leaves removed. You can then add some of this concentrate to a pitcher or glass. Depending on the strength of the concentrate brew you will add anywhere between 1/2 to 1/3 of a glass of concentrate and then fill the rest with cold water and ice. Add agave or a similar sweetener that will dissolve nicely in the water to reach the desired sweetness. Enjoy!

Down to a T

Black tea is allowed to wither, which precedes a process called oxidation during which water evaporates out of the leaf and the leaf absorbs more oxygen from the air. Black teas usually undergo full oxidation, and the results are the characteristic black leaf, the typically more robust and pronounced flavors of black teas, and when brewed appropriately, a higher caffeine content compared to other teas (50-65% of coffee, depending on the type and brewing technique).

Pu-erh is a variety of fermented tea produced in Yunnan province, China and prized for its medicinal properties (Pu’er tea was shown to suppress fat production in rats) and earthy flavour. Until 1995 it was illegal to import it into the U.S. It is very strong with an incredibly deep and rich flavor, and no bitterness. It has been described as almost peaty in flavor.

White teas are the most delicate of all. They are hand-processed using the youngest shoots of the tea plant, with no oxidation. Despite the common perception, white tea does not have less caffeine than other teas.

Green Tea is allowed to wither only slightly after being picked. Then the oxidation process is stopped very quickly by firing (rapidly heating) the leaves. Greens also tend to produce a variety of more subtle flavors with many notes and accents

Oolong tea is allowed to undergo partial oxidation. These teas have a caffeine content between that of green teas and black teas. The flavor of oolong (wulong) teas is typically not as robust as blacks or as subtle as greens, but has its own extremely fragrant and intriguing tones. Oolongs are often compared to the taste and aroma of fresh flowers or fresh fruit.

Dark Tea, orginally from from Hunan and Sichuan provinces of China, is unique because it is the only deliberately aged tea that undergoes a secondary fermentation process. The flavourful, aged probiotic tea has a smooth with a natural slightly sweet note.

Tea drinking can easily become a meditation—with an awareness of the moment, flavour, aroma and sensation. To make every experience a ritual, you must build your relationship with tea. This doesn’t have to be a long process; it merely requires you to come into the present moment. As you prepare, contemplate these questions:

– Where did this tea come from?

– How long ago was it picked?

– Who picked and processed it?

– How long does this tea need to steep for and at what temperature?

Once you have built a relationship with your tea by considering these questions and brewing it appropriately, you can start to take in the aromas of the wet leaf. Slowly then, begin to move your awareness to the colour of the tea liquor. And finally, take a sip as you feel, taste and connect to the flavours of the tea, the temperature in your mouth and the sensations that arise as you drink. Enjoy each sip mindfully, as you allow yourself to savour each moment of this delicious ritual.

Amanda Taylor is a true tea guru, and the founder of Tea tote Byron Bay, a boutique tea brand that values the highest quality ingredients as well as the environment and ethical production. See Amanda’s unique and delectable range at www.teatote.com.au

Copyright © Seidenstern.Design | Build with CONNECT - All Rights Reserved
Back To Top